When talking about good parts of the city of London and recommended places for moving, Stockwell at the south west part is one of them. Just three kilometers away from the Charing Cross, previously the neighborhood was the place when the poorest citizens lived. Luckily the place went under significant development and today there is no trace of the not preferred neighborhood it was. It is now growing and up-coming with every day, using its nice location close enough to the center but still away from the noise and the fast life of  downtown London.

People who are interested in the capital may see how much the city has grown over the years, as the area was once at the edge of London and now is in the circle surrounding the central part.

The railroad building gave special push of the development of the region. The first nice and new constructions appeared around the station during the years right after its opening. The second time when the area went under so huge development was the time after the Second World War, and then was actually when most of the buildings appeared in the area.

Still the region has saved some of its old charm as it has kept numerous houses from the previous centuries, hiden secretly in some of the small streets.

What is interesting about the population of the region is that here is the biggest Portuguese community in this part of Britain, known as the “Little Portuguese”. That is why great part of the local business like bakeries, restaurants and cafes belong to the Portuguese immigrants, coming mostly from Lisbon and Madeira.

People are moving for different reasons in the area. When they do that they will surely need professional help. Man and Van Removals can be one good option to use.

When you contact this company you will appreciate how nice it is that the staff is very well knowing the neighborhood. In order not to make the situation difficult, people should know some details about the policy of the company and to take care of some small things prior to starting the moving.

The guys from Man and Van will need at least two hours for their work, no matter how small the moving is or how short is the distance between the old and the new place. When the two hours are exceeded the firm is charging on each new half hour.

In almost every case the movers will need services with a van. In this case the client has to take care of a parking place for the vehicles of the company. Of course if this is not possible or the case is urgent, the guys from the firm will take care of this part, but still if there are any charges and fees connected with the parking of the van, they will be added to the total bill.

As a preferred company in this neighborhood Man and Van will take care of any kind of moving, including office relocation, students removals and services that require removal to other parts of the UK or on the European continent.

Especially for the students the company has developed special line for charging, which is different from the general prices. Knowing that students are special part of the society, the company has made the services for them very affordable and easy. The students will also have access to the storage services, the wrapping and packing materials and any other services that require adapting and flexibility in such important moment. 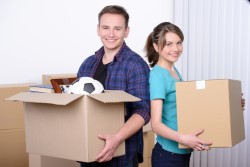 When moving house you can save money by hiring a removal van, rather than going through an expensive removal company.... 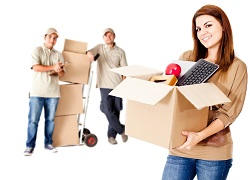 There are lots of times when you need to hire removal services for shifting a bulky load, or you home and office...

When you are moving house, there is often quite a lot of panic surrounding the safety of your belongings, especially...

The process of removal van hire is often one which leaves the person who has hired a vehicle none the wiser as to how...

Removal Services was recommended by my employer, and they made the transition seamless. Don't know why I'd use any other moving service.
K. Ward
When I was moving house, I used Moving Company and they gave me a cheap price for moving my stuff. They did a good job!
B. Bedford
I was pleased with how helpful Removal Companies were with the moving process when I had to move home due to work. Everything from supplying the packing supplies and getting some of my bulky furniture onto the truck to the delivery and unloading...
Phillip Thompson
I was moving abroad to be closer to family when I realised that it would be impossible to handle the process alone. I wanted desperately to get there as swiftly and smoothly as possible but I didn't think this would be possible. I was proven wrong...
Roy Brown
Every time I thought about my imminent move, I felt dread. Not only did my family have loads of things to pack and transport to the new homes, I could just tell it was going to cost me an arm and a leg! How wrong I was! Not only did the...
Richard Smith
I looked into a lot of removal companies in my area before deciding to choose Removal Companies. I picked this company after reading some great reviews about their services, and they offered competitive prices for the man and van service I was...
Ethan
I needed some furniture packed away into storage as I prepared myself for a long distance move. I had a look at some different but companies online, but RemovalCompany had the best packing and storage facilities available. They were really...
Albert D.
I had a lot of equipment and stock to move to my new office so needed a professional office removals company. A colleague recommended RemovalCompany who were excellent to deal with. They arranged the entire move and planned it so I wouldn't lose...
Julie Willis
This is a pleasing removals company. After having a bad experience with my last removals service I wanted to find a man and van from somewhere else. Someone told me about RemovalCompany and suggested I give them a call. I was happy with their...
Greg H.
I explained to RemovalCompany that I have been suffering with back pain for many years now and so I would be unable to help with loading and unloading. They just said don't worry about it, they can do it all for me. And they did. It wasn't just...
Martin

Moving From Waterloo To Spain

Most people who have lived in London for years dream of escaping the grey skies and the rain and replace it with sun, sandy beaches and warm people. One of the most popular holiday destinations for British people is...